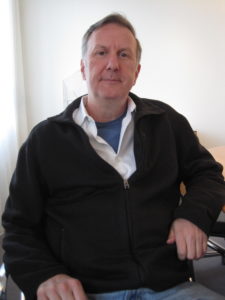 September is my birthday month, September 20th is the day to be precise.

This is an “interesting” one. I’ll be 62 and qualify for the wonders of Social Security retirement.

My goodness. What a joke! I’m probably more productive and engaged than I’ve ever been in my life and on more fronts than ever.

Anyway, next year will be the 20th anniversary of the System Seminar.

I think it’s safe to say our focus has changed.

Back in 2002 and for many years afterwards, it was one complex wave of innovation after another.

And we rode every one – and led more than a few: email marketing, banners ads, auto-responders, audio ads, video ads etc. etc. just to name the big ones.

Starting around 2008 innovation in the Internet “industry” started to slow and the bulk of its energy has gone into corralling consumers into a few “pens”: Facebook, Twitter and lately Instagram and apparently now TikTok.

Following these trends for marketers has been a sure way to become the thing you really don’t want to be in life: “Famous, broke, and dependent on a tech overlord.”

That’s been the fate of thousands of social media “influencers” and, thanks to people like Gary Vaynerchuck, it’s become the model for “Internet marketing.”

This nonsense has never been our way.

We are “old school” direct response advertisers who happen to opportunistically exploit the Internet – and any other medium that comes along that we can get a return on investment from.

By being relentlessly first to so many Internet marketing parties, we gave System grads once-in-a-century advantages and many, many six, seven, and eight figure fortunes were born from this edge.

However, and this is telling, the students who’ve thrived the most, the biggest and have had the most staying power are the ones who use the tech, but follow our PRIMARY message which is the same today as it was 20 years ago: “This is direct response advertising. Nothing more. Nothing less.”

Now that the endless innovation advantage curve has flattened out, making a profitable impact on the marketplace is all about energy, quality of insight and the rarest of all things in business and marketing: original ideas.

In that spirit, let’s go to one of the best conversations I’ve ever had about “Internet marketing” with one of my most successful and influential “students”, Perry Marshall. (Yes, he did start out that way as a wet-behind-the-ears greenhorn who didn’t know what a pay-per-click ad was or how they worked.)

Notice three things: 1) our conversation is entirely on point, 2) technology barely comes up, and 3) we had this conversation five years ago and like much of what we’ve done over the years it’s more relevant than ever.

If you’re a System Club member you’re getting this interview this month.

If you’re not, what are you waiting for? Seriously.